Skip to content
Chandigarh: India’s Film Censor Board has banned the release of the film-Dharam Yudh Morcha- in India. This film documents the struggle related

to the Punjabi Suba Morcha, Dharm Yudh Morcha and the period of militancy. The famous actor, singer and songwriter Raj Kakra has played a main role in the film. The Producer of the film is Karamjit Singh Bath, who lives in Vancouver, Canada. Director is Naresh. S. Garg. This film will be released on September 16 all over the world outside India.

Commenting on the development, film hero Raj Kakra said to ban the film is totally wrong. Presentation of history through the medium of art is not a crime and we have documented the crucial moments of the Punjab and Sikh history in the film. He said that the history could not be buried by putting a ban on the film. History is posing a question to us all and the need of the hour is that all Punjabis should have a dialogue with that particular period history. He said that the censor board should review its decision regarding ban on the film.
Kakra said that the partition of the country in 1947, culmination of Punjabi Suba Morcha in 1966 and the period of militancy are most significant events to understand Punjab. Anandpur Sahib Resolution still has religious, social and political significance. He said that Punjabis sitting across the world are eager to know their history. New Generation of Sikhs born after these events long to see films associated with their history. 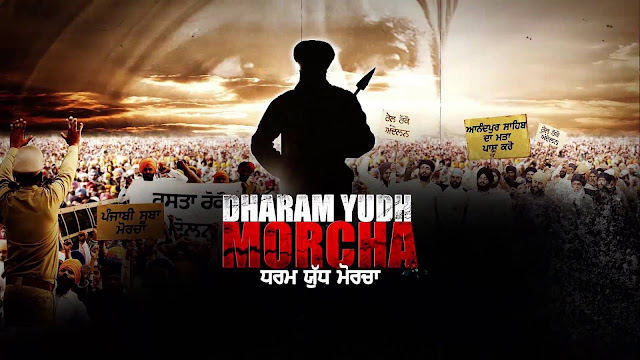 Producer Karamjit Singh Bath said all over the world especially in the Europe, films have been made on history. Their governments and Censor boards have never put ban on a subtle art such as cinema whereas films related to Sikh community have been subjected to ban. He said our film does not generate any hatred against anyone but it gets everyone acquainted with the facts and events of that time. Bath said that freedom in the field of art is fundamental to the democracy. Absence of freedom in the domain of art makes people distrust the state.
Bath said Sikh community as a religious minority has remained miffed against the Central Government and its main reason has been non-implementation of the federal system in a true spirit. He said the decision relating ban on the film was an assault on the human rights and he would resort to legal recourse to the get the film released.
It is pertinent to mention that after the release of promo of the film, it has been appreciated by the community around the world. The shooting of the film was done at Sri Anandpur Sahib, Mehta near Amritsar, Rode village near Moga and in Mohali district.
As artists Raj Kakra, Karamjit Singh Bath, Neetu Pandher and Sukhu Rana have played important characters in this film.