Big Names and Big Promotion, Jindua carry every tag required for a good opening. Even it boasts of a good production value and a dependable storyline. Does big things work for Jindua, let’s get straight into the review.

Karamjit aka Karma (Jimmy Sheirgill) goes to Calgary, Canada illegally for a greener pasture, meanwhile he bumps into student visa holder Saggi (Sargun Mehta) and instantly both fall in love. Further, to get PR in Canada Karma agrees to a contract marriage with Eesh (Neeru Bajwa), a Canadian Punjabi dreamy girl who lives on her own terms. There is a sub-plot portraying Karma’s friend Debu (Rajiv Thakur) captured by Canadian police in retention center for living illegally in Canada. Will Karma succeed in getting PR and her first love Saggi? Will Eesh fall in love with Karma? How Karma will handle this love triangle and his personal aspirations all together, forms the rest of the story.

A good situational comedy, mesmerizing romantic moments, subtle contemporary social issues, Dheeraj Rattan has mixed every ingredient for this average and run of the mill story. Director Navniat Singh proves his mettle to translate this rightly balanced story on silver screen, still what Jindua lacks is, spark. It lacks that Punjabi undercurrent and feel, which makes this story unengaging, lethargic and deadly slow. 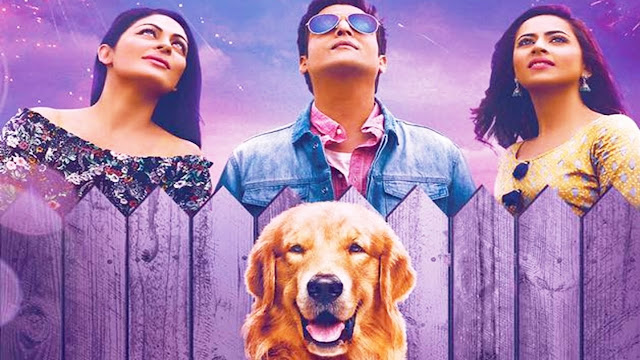 Jindua’s best part lies in its subtlety. Story softly touches the father-daughter (BK Rakhra-Neeru Bajwa) relationship and brother-sister (Vikky Suvinder-Sargun Mehta) and Pet-Human (Rajiv Thakur-Duffy-Sargun Mehta) relationship profoundly. The film tries to highlight the consequences of illegal immigration, generation gap and lack of understanding, childhood nostalgia and importance of love in a materialistic world. Most impacting scene is, where Eesh confesses her love for Karma in front of Saggi. Another commendable scene is Karma’s monologue with Duffy. I think it is the first ever monologue used in Punjabi cinema, which is subtle, almost entertaining and depicting the real inner psychology of the character perfectly. Other scenes which could be listed in this category are Eesh’s reunion with her father in the grocery store and Sargun’s reconnection with his brother at the climax. First half (romantic comedy) is pacy, fun-filled and romantic, while the second half (romantic drama) is emotional, serious and lazy.
Another major favorable part of Jindua is its supporting cast. Supporting characters like Lahori Girl (Punit Riar), Debu (Rajiv Thakur) and Duffy (Dog) are meaty; they not only contribute to the advancement of the narrative, but also support the protagonists at the right time with much needed wisdom or help. For writing such meaningful characters Dheeraj Rattan along with all the three supporting actors for their acting deserves a special applause. Dialogues written by Balraj Syal & Amarjit Singh are run of mill, but three dialogues are worth mentioning, first ‘Qatal karan waley bande nu v pta hunda ke ohne bari kado hona, kache bande nu ni pta hunda ohne pakka kado hona’ (Even a murderer knows that when will he be aquitted, but an illegal immigrant doesn’t know when will he be permanent resident), second ‘Sat samudar paar aa ke vi saddi kismet ni badladi’ (our fate doesn’t change even after coming across the globe) and third is ‘Rishtey vi guitar wang hunde ne, galat taar chhed do ta sab kharab ho jandai’ (The relationships are like guitar, if you touch the wrong cords, you spoil everything). These three are the essence of the film.
No doubt Jimmy Sheirgill is an ace actor, but in each Punjabi film he acts like he is acting in a Bollywood film. His expression, body language and style all go hand in hand with character, but he lacks rustic Punjabi feel in his delivery and expression. Thus audience could not connect with this superficial character despite his best efforts. This is true for Naviant Singh’s film making. He is a Punjabi by inheritance, but his disconnect with the ethnic Punjabizm shows clearly through his characters. Navniat-Jimmy duo is trying to deliver the up-market productions of Punjabi cinema, but all their films have that basic downside including Dharti and Shareek. No doubt, Jimmy has carried all these films alone on his shoulders and Jindua is not an exception.Neeru Bajwa looks stunning though her hairdo with plates looks shabby. Sargun Mehta and Rajiv Thakur are a real charm as they add Punjabi essence to their characters. Duffy is bonus, kudos to director for using a pet dog with creativity.
There is one big spoiler. Why Karma refuse to accept his PR status when it is almost landed in his lap? He could have gone to get his real love immediately after accepting the PR. It was matter of few minutes only. This dilutes the intensity of his compromise and comes out completely illogical.
Cinematography (Harmeet Singh) is par excellent; Calgary looks stunning and sets the mood perfectly. Jaidev Kumar, Arjunaa Harjai & PropheC’s music are a big letdown for this such romantic film. The songs were just there. Manish More could have edited almost fifteen minutes in the second half.
Summing up, Jindua is one time watch for few romantic as well as some emotional scenes and some inspiring thoughts.
Deep Jagdeep Singh is a freelance journalist, Screenwriter and a Lyricist.
http://www.facebook.com/deepjagdeepsingh