Skip to content
Deep Jagdeep Singh
Rating 1/5
Needhi Singh is not an extraordinary film. It is simply the replica of any Sunny Deol film, minus original Dhai Killo Ka Haath. It could be remembered as a first Punjabi woman action ‘hero’ film.

Needhi Singh (Kulraj Randhawa) is a simple bubbly girl of the small village of Punjab, who plays cricket with the village kids, fetch lunch for her father to farms and flies like a free bird all around. Apart from her supportive father (Dally Daljit) and nagging mother (Seema Kaushal), she is very much fond of her friend Shanno and cricket. Daughter of village patwari (land revenue officer) Shanno gets into the evil eye of Lali (Aman Sutdhar), younger brother of Sarpanch (Ashish Duggal), when he visits her father to grab public land for personal gains. How an innocent daughter of an honest government employee becomes the victim of vested political interests adds a twist to the story. Here Needhi Singh’s life takes a deadly turn from where she could not return unscathed. How a bubbly, chirpy Needhi Singh turns into a revengeful violent falcon to set the scores with Lally and Sarpanch is the basic premise of the film. 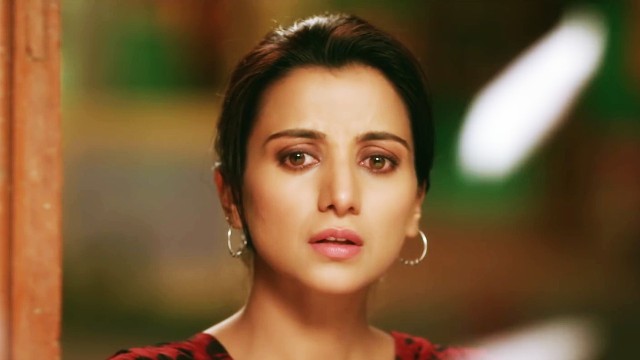 Needhi Singh’s story has nothing new to show off and writer/director Jaivi Dhadha has taken the most usual route of a revenge saga. He has set the film in a village which looks authentic and real on screen. Outlook of all the characters is also earthy and rustic, but what lacks in the characterization is depth. All the characters look completely superficial and stereotyped caricatures. Most predictable story goes straight in a linear direction without any out of the box twist and turn.
Needhi Singh is Kulraj Randhawa’s film and she carries the film whole heatedly on her shoulders. For the first time she has been offered a role which explored her full potential. Though in a bubbly avatar she goes a little over the top, but her intensity in emotional scenes is par excellent. She dares to go off make-up (though not completely) on screen in most crucial scenes and bounce back with her right charm and attitude. As an antagonist Ashish Duggal lives up to the expectations. Aman Sutdhar makes a fair attempt yet he looks out of shape from his previous appearances in music videos. Dally Daljeet and Seema Kaushal adds appropriate emotional quotient to the melodramatic premise. Nirmal Rishi has been completely wasted yet she makes a strong presence. I am still wondering what Shubh Kaur Ghuman was actually doing in the film? She, herself must be trying to comprehend, what the director had made her do.
K Ganesh’s action is strictly okay, Vijay Chaudhary and Jatinder Sairaj have captured the mood and tone just appropriately. Editor Mukesh Thakur has simply tailored the sequences in the right order and VFX are apt. Background Score compliments the narrative. Jaivi Dhada has wisely chosen to keep the songs strictly within the narrative; if he had placed the sad version of Khushboo right after the interval it would have been more appropriate. Gurnazar deserves a special mention for penning down beautiful lyrics.
One star for top notch performance by Kulraj Randhawa.