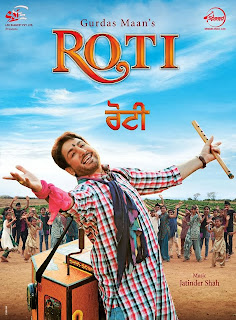 Most Awaited Album of legendary singer Gurdas Mann is ready to release. First video of the title song from the album will be released worldwide exclusively on PTC Punjabi and PTC Chakde on 1 August at 10.30 PM (IST). It will be released simultaneously on PTC UK, PTC Canada and PTC US. From the very moment when PTC Network started a teaser to announce the release of the video, all eyes got glued to the channel. Every one is waiting for the release of the album from almost a year, when Gurdas Maan himself announced the release of album. Album cover is already getting big response on social media. Following is the compelete track list of the album. This album is releasing on music label Speed Records.

Which is the most awaited song whose video you would like to see, tell us your choice in comments below. Keep visiting for upcoming videos from the album Roti by Gurdas Mann.
You can join us at Facebook and Twitter for latest updates.