Skip to content
Jithey jawange gaddi morange…fer sarey de sarey signal todangey…You must have rocked your spirits with this song while driving. Many times you must have challenged the traffic rules by crossing red lights while song played in your car. Now the celebrities connected to this song is facing a legal notice served by high court. Kamaljit Soi, vice-chairman of Punjab Road Safety council has filed public interest litigation (PIL) against the celebrities related to this popular song. Next hearing of the case will be in the first week of January. Bollywood actor Jimmy Shergill is the producer and lead actor of the movie Dharti with Ranvijay, Surveen Chawla, Binnu Dhillon, Rahul Dev, Prem Chopra, Jaspal Bhatti in supporting cast. Song gaddi morange is sung by Mika. 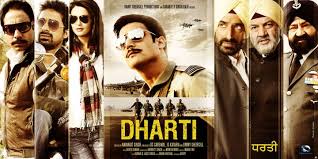 In the coming year Punjabi music producers may face a stringent Public agitation for their choice of nonsense kind of lyrics. According to social analysts these lyrics are not only promoting vulgarity, violence, alcoholism and defaming the real image of women and Punjabis as whole but also inspiring youngsters to violate traffic rules.

Culminating days of 2011 are turning tough for few celebrities. In the beginning of this week women started protest against those singers who are using intolerable words in their songs against the sanctity of women. Now PIL against gaddi morange song is another blow for Punjabi music producers.

Soi says, he requested deputy commissioners to stop that song, and then he approached to Ambika Soni, the central minister of information and broadcasting department, but all efforts went in vain. Finally he filed a PIL against the song.

Soi told media persons that he has recently attended a seminar at Cambodia where a person during his presentation quoted this song from movie Dharti. He expressed his astonishment that how these kinds of songs are given approvals for the broadcasting. According to Soi, no censorship policy in India for audio broadcasting is the reason behind this trend. I have challenged this song because whatever the harm it has done can be stopped in future. More than 1.40 lacs people loose their life in accidents in India and Punjab is ranked second in the list of road accident deaths, Soi adds.