How to win oneself is what Bathinda Express revolves around. The film inspires us to understand that when the time, circumstances and choices force us to be on knees, how the wings of dreams, courage and introspection help us to get back our sky?

Inder (Deep Joshi) is a common lad from a village of Bathinda, running is not only his passion but life. Either it’s time to practice in the ground or reaching a multiplex to fulfil the sudden demand of his girlfriend Gurleen (Jasmine Kaur), he leaves his beloved Bullet bike and starts off on his strong and fastest legs and runs through crowded lanes of Ludhiana. Due to his passion for running his coach (Tarlochan Singh) names him as Bathinda Express. Raj (Mohit Bhaskar) and Gupta are his friends and companions in his each race of life. Inder’s innocence, playful laughter, extraordinary confidence and a passionate urge to do something makes him unique. With these unique qualities he wins over the heart of Gurleen. Suddenly, one day his uncle who is taking care of his estate after the death of his parents calls him home to help him in the election campaign, where, under the influence of his cousin (Prince Kanwaljit Singh) he indulges in alcohol and drugs. In a month he turns into a drug addict from a sharp athlete. After returning back to Ludhiana his interest in game diminishes with the increasing urge of drugs. His coach, with whom he has an intimate fatherly connection, tries to warn him but he falls becomes inevitable. How he returns back on the tracks is what Bathinda Express convincingly shows. 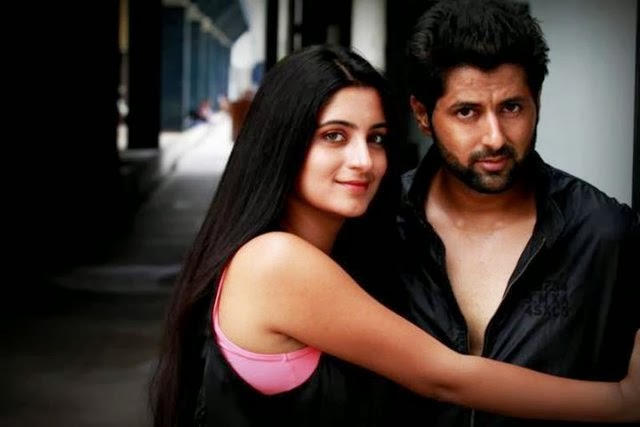 As a writer Deep Joshi has profoundly captured the realistic existence of modern youth of Punjab. He has crafted the scenes with immense details by penetrating into the psychology of young addicts. In the age of super fast frame rate film making his scenes are more detailed and uncontrived. This detailing makes scenes unmatchable and captures the attention of the audience. This could be a good example for new age film makers and writers to learn from. However, at screenplay level film is scattered in various unconnected scenes. Having inspiration from Three Idiots he has tried to narrate the protagonist’s story through his close friends, which actually works as gap fillers between scenes. And when these fillers fail to connect the story a voice over narration is also used which also goes in vain and major strings of the narrative go loose. Powerful scenes and captivating background score come to rescue. Instead of narrating the story he must have shown it through execution, then it might have not been a loose narrative. Two scenes need to be particularly mentioned, one where drunken Inder and his cousin falls in fields before starting a race and where Inder sees a pair of sports shoes hanging on a shop and an urge to run again rises in him. Both the scenes, leave a subtle and lasting impact. The Pre climax song sequence where Inder goes to the hills for soul searching gives a spiritual touch to the story. Dialogues written by Deep Joshi are apt to move the story forward but are not impactful as expected. The Climax of the story leaves a message to begin a new life from a new shore. Knowing all the pros and cons of the story written by himself director Deep Joshi has handled the script skilfully. He has left a lot of scope for the actors to improvise. .
Being a theatre actor as Inder Deep Joshi has held the whole film on his shoulders completely. In intense scenes he expresses the emotions of a disillusioned Inder perfectly. During lighter moments his innocence tickles and in romantic scenes his innocence touches heart, though his intense scenes dominate other sequences, but he could not suppress his loudness at few moments. Mohit Bhaskar was okay in his role. Natural, innocent and effortless performance by Vijay S Kumar impresses in short role. Debutante Jasmine Kaur needs to work hard on her expressions. She lacks intensity in romantic moments. Tarlochan Singh looks promising in strong headed coach if he gets more flexible body language he can rule the Punjabi cinema as a character actor. Prince Kawanljit Singh has been perfect as always but he got a too short role. Cinematographer Raju Gogna and Sunny Dhanjal has captured the crowded city, stadium and village perfectly. In a pre-climax song sequence they have captured the beauty of Hills profoundly. Music of the film not only soothes the tensed atmosphere, but also moves the story forward and helps the audience to understand the feelings of the protagonist. It is the best film music of the year. Bathinda Express will be remembered for its unique concept and music. Editing has a lot of scope for improvement and makeup department failed completely.

For a reality based story, realistic acting emoting real expressions and a subtle film free from over the top stardom, Bathinda Express, deserves 3 stars from my side.
For latest Updates Join us on Facebook, Twitter, Google+ and Youtube